3 Studies that Offer Insights on Productivity According to the US Labor Department, productivity fell at a 1.8 percent annual rate. That could restrain the economy’s growth as “Labour productivity remains the main driver of long-term growth”, the OECD stated in their recent report.

And so we continue the search to determine the factors that’ll propel productivity. From better chairs to napping, what other aspects could we look into?

Here are three studies that can help or complicate our strategies for productivity — that highlights on three determinants: bosses, motivation and pay. The Study:  Using data from a large service oriented company, the study examined the effects of bosses on their workers‘ productivity and compared them to individual and peer effects.

Read more about the study here. The Study: Subjects at Harvard University  were asked to assemble Bionicle Lego models. In both conditions, participants were paid decreasing amounts for each subsequent Bionicle: $2 for the first one, $1.89 for the next one, and so on linearly.

3. Pay discrepancies will demotivate both lower and higher paid individuals The Study: In the first experiment, 60 future managers from Newcastle, Australia, were paid either $1 or $2 to work on an identical intrinsically motivating task.

In the second experiment, with 84 future managers in Darwin, Australia, the $1/$2 group pay difference was made more realistic, by positioning the pay either at the bottom ($1) or top ($2) rungs of a pay ladder, or embedding it within a wider pay scale ($1 at a first, and $2 at the second tertile). 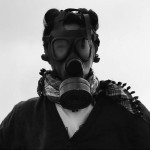 ABOUT THE AUTHOR: Justin Nolasco