Photo manipulation has become an art form in itself. It allows artists to freely create an awesome piece of art by using stock images and editing them afterwards. It is largely used in promoting all sorts of endeavors, services and products and can be commercially seen on all sorts of visual media like posters, billboards, and even on TV and film. It is also used to create art pieces that serve as a form visual entertainment. Some even make it to museums or go viral over the internet. It is even used to deceive the eye and to achieve a different perspective. Others question the ethics of its use in political campaigns and journalism. But that will be a story for another day.

In photo manipulation, the only limit is, literally, your imagination. Create your own artwork by using your own technique, but first, check these photo manipulation tutorials we have collected for you. You are sure to learn something new from these easy-to-follow photoshop tutorials. If you have any technique of your own you want to share, feel free to type them down on out comments below. We do love hearing from you. And hey, do enjoy this round-up! For this tutorial, you will be creating a lonely, rain-soaked, fallen angel using photo manipulation in Photoshop. Using Photoshop for this tutorial, you will be able to create a fictional arctic snow frog, in which it will have a combination of several stock images and effects. Create a photo which will have an ancient feel to it using different stock photos and blending them together in creating a work of art. The tutorial is all about creating a monochromatic scene using a high contrast stock image that will be manipulated and combine with smoke brushes. With this tutorial, create Dark Horror, Mysterious Scene using the crack brush set in a Photoshop. Inspired by the movie, Tron, you will be manipulating a photo with almost the same effect in the said movie. Make a scene from the Fall of the Roman Empire using professional photoshop techniques. With this tutorial, you will learn how to piece together an apocalyptic scene using entirely free-to-use photography stock that can be found on the net. Create a centaurs from the Greek Mythology using this tutorial. For this tutorial, you will be able to incorporate geometric elements and amazing light effects in your composition easily. In this tutorial, you will be able to create an ancient Egyptian scene using textures, some basic knowledge of perspective and stock images.

How to Create a Realistic Crack Effect on Face Create a crack effects for your images in an easy way. Using this tutorial, you will be able to construct or manipulate an image of a giraffe without its spots. This tutorial will show you how to create an fiery burnt wood figure with vexel hair using photoshop. In this tutorial, construct a ghostly scene using stock photos and harmoniously combined them. With the aid of several techniques in manipulating photos, you will be able to manipulate a skate poster. This tutorial will show you how to create a surreal night photo manipulation. For this tutorial, create some interesting effects using a photo and texture and as well as wide range of brushes. Create an Angelic Style Owl Warrior with fractal brushes in Photoshop by following the steps in creating it. With this tutorial, construct a burning city with a dramatic meteor in Photoshop. 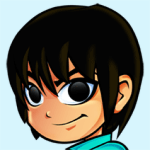 ABOUT THE AUTHOR: Ronald Bien